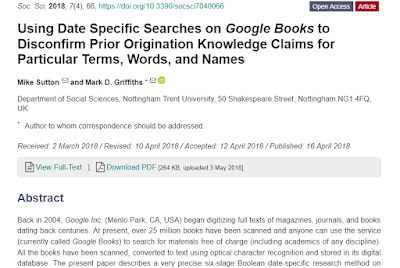 Amusingly, I used the IDD method years ago to do better than Google's employees at finding the orignal Google (here). 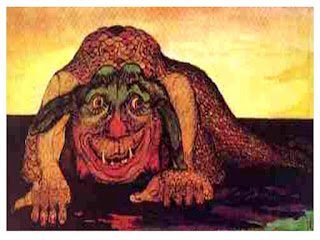 The paradigm changing facts unearthed in Nullius in Verba: Darwin's greatest secret - disproving the  prior scientific establishment touted 'knowledge' that no naturalist/no one known to Darwin and his associates and influencers, or known Wallace and his associates and influencers, had read Matthew's prior published theory before they replicated it and claimed it as their own independent conceptions - would perhaps have lain buried for centuries had I not by chance developed the IDD method between 2009  and 2013. If I had not done it then, no one would be able to find what I found today. There was a small window of opportunity - when Google was actually committed to its massive Library Project - that I was fortuitously able to exploit, doing the right research at the right time. Today, that window has been closed by Google. 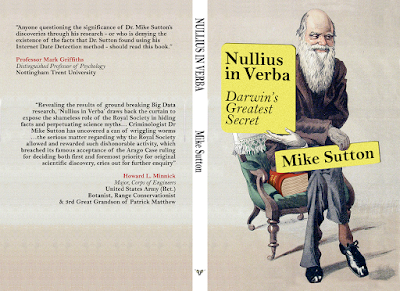