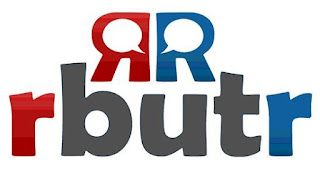 Rebutter is what we should all be using. It's excellent. Here comes the future of verity online. Ahh, but ahh, does it? Click this link to my other blog to learn  more about quite possibly the best way to refute any article or website online with a reference to veracious knowledge.

Posted by Dysology at 09:27 No comments:

What do we know about the impact of modern myths on society by way of their misinforming and therefore misdirecting central and local policy making, professional practice, teaching, learning and the media?

The above question is of core importance in a topical area that is likely to grow in popularity, not least because international recognition of the importance of veracity in a wide variety of areas is reflected in a growth industry of recent publications that both inform and reflect the increasing number of experts and the international growth of interest groups promoting anti-quackery and skeptical inquiry in the natural and social sciences.

The modern myth is defined simply as a widely believed falsehood, which sets it apart from the older notion of myths as stories that are understood at some level to represent deep and enduring truths about social, spiritual or other psychological conditions of mankind. I hypothesize that the supermyth is a most powerfully influential sub-type of the modern notion of myth.

The starting point of a supermyth is when an orthodox expert in its subject area publishes a statement of purported fact that is based upon an error in reasoning (fallacy) or else upon a factual error. That published claim then takes on a life of its own as it is credulously reinforced as veracious by numerous orthodox respected sceptics who each cite it unquestioningly in their own scholarly publications, in news paper articles, on television and websites.

According to my thesis, what sets my idea of supermyths apart from other fallacies and myths serves as a unique and timely warning for those promoting the virtues of skeptical inquiry, because the great irony is that, unlike ordinary myths, what I have named supermyths are created by respected orthodox scholars and then credulously disseminated by other experts distinctively in the spirit of promoting skeptical enquiry.

As if the existence of supermyths is not enough to be sceptically concerned about, I have refined the concept further by way of the identification of what I call braced myths. Braced myths are supermyths that have been reinforced by other scholars in that they have not just been disseminated by but also been utilised by credulous experts who have erroneously deployed them as ‘argument winners’ to bust other myths. By using a myth to bust a myth, I argue, these experts have braced the supermyth by dint of such powerful association with expert myth busting verity. Put simply, a braced myth is influential counterknowledge (misinformation packaged to look like fact) that is created by an expert authority and then believed by credulous yet highly influential skeptics, who not only fail to adequately check its accuracy by way of primary data sources and/or fail also to question the rationality of its premises. They then promote it as veracious ‘knowledge’ and, with unintended irony, ignorantly deploy it as an intellectual myth busting weapon targeted at specific knowledge claims made by others.
The Spinach Myth is not only the first supermyth discovered it is also the first braced myth. This widely believed myth goes as follows: A published 19th century decimal point error in the iron levels of spinach led bio-chemists to reprint the error without checking the iron levels of spinach for themselves leading to generations of children being forced to eat unpalatable spinach, above other tastier leafy vegetables, for no good reason and this ten-fold error is the reason that Popeye ate spinach for strength.

The Spinach Myth was finally busted after I was kindly assisted by clues provided by a friendly US skeptic who emailed me after reading my initial publication of a primary research paper that first bust the Popeye part of the myth. Further research led me to discover that it was firstcreated by Professor Arnold Bender (an orthodox nutrition expert) at his inaugural lecture at Queen Elizabeth College, London in 1972 and then spread  by many other respected academics, who, believing it to be true but not checking the facts, used it unwittingly in what ironically turns out to be a number of deeply embarrassing, hypocritical and self-defeating exhortations of the general need to be healthily skeptical by always checking the primary sources of claims made by others.The myth was then braced when a number of other credulous 'skeptics' portrayed it as an exemplar of veracious knowledge to criticize various specific research findings.

I have written several articles on the Spinach Myth: the first one as a primary research paper on the importance of adequate citation and the second, which completely busted the myth here on the Best Thinking site.

The second braced myth that I have discovered is the only other known example of the braced myth sub-type identified to date. I named the Zombie Cop Myth, and this one is a widely believed myth about beat policing. You can read about it here on the best thinking site.

Unlike the Spinach Myth, which is solely based upon an error of fact, the Zombie Cop Myth is based upon a combination of unrealistic assumptions about the nature of foot patrol beat policing that informed an exercise in arithmetic ‘on the back of an envelope’ - to demonstrate the lack of efficiency of beat policing - and an error of fact concerning the widely held belief that the origin of the findings of such lack of efficiency lay in an empirical study of real police officers on the beat. My jointly authored paper on this myth explains in detail the origin of the myth, where and how often it has been perpetuated, how it has been used, and most curiously how it has begun to mutate.

The third supermyth that I have identified is the myth that the widely accepted Routine Activities Theory and Situational Crime Prevention Theory notion of opportunity can be a cause of crime. Myth busting Crime Opportunity theory with logic reveals precisely how the widely accepted criminological notion of crime opportunity is based upon a simple error of reasoning. In a number of papers on the subject I have discussed the harmful implications for society of basing such theories upon irrational premises, or within irrational frameworks for theory building. I would recommend my paper Opportunity Does Not Make the Thief as a useful place to begin reading abut the Crime Opportunity Myth.

Here on Best Thinking, I have revealed several cases, which I have so far discovered, where highly respected experts - whose work is in turn supported by respected scholars in the same field - all failed to check the evidence and have been found to have accidentally created what appear to be influential supermyths. More research is required to seek likely causes and to understand the nature, known progress and impact of such myths.

It is my hypothesis that supermyths are particularly deeply socially and academically embedded and harder therefore to limit than other modern myths. Furthermore, supermyths remind all who promote themselves as experts in their field to pay more attention to fact checking primary sources, providing adequate citation to statements of fact and to consider more thoroughly the premises upon which accepted theories and approaches are built.

I began this brief article with a question and so it seems fitting to end it with another. The particularly telling question I would like to ask here is designed in part to serve as an embedded warning of the dangers of failing to check primary sources and of taking for granted the premises of theories. It is this: Might braced myths, such as the Spinach Myth and the Zombie Cop Myth, rank among the most exquisitely ironic discoveries of the unintended consequences of mankind’s purposive action?

Posted by Dysology at 12:02 No comments: