Quantum Physics and a Possible Infintiy Paradox: My Personal Dysology

I published an article recently about my own personal confusion regarding David Deutsch's thesis that good ideas have infinite reach. You can read it over at the Best Thinking peer-to-peer website: 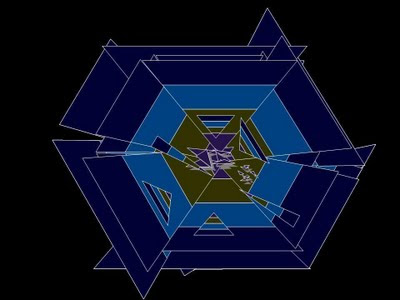 The Meme Muncher. By Mike Sutton 2011 (All Rights Reserved)


Under certain conditions, it seems that quantum mechanics predicts that good ideas if they are stored on physical objects such as paper, in books or on electronic devices - even though they have potential for infinite reach - can be annihilated into a singularity if they are moved at a particular rate into infinity. From this, it seems to me that on the face of it at least, that David Deutsch's theses has at least one interestingly ironic exception.

However, I expect that I am missing something important that is either not fully explained by Deutsch, or else it was but I simply failed to understand it in his excellent book (Deutsch 2011), which is aimed at everyone including quantum physics duffers, such as me, as well as experts.

Let me explain my confusion

What if a good idea was transcribed only once, the author died and the device it was recorded on was transported at the necessary rate into infinity? If that idea was the best explanation for how such an idea would be annihilated into a singularity and it could be annihilated in that way by the process of being sent into infinity how can our best ideas be said to have infinite reach?

I expect that I've got this wrong, but given the explanation Professor David Deutsch provides in his book regarding how a puppy vanishes from the universe in Herbert's Grand Infinity Hotel does not explain - to me at least -why the puppy vanished. I can't debunk the idea that if infinity deletes a good explanation then good explanations do not necessarily have infinite reach. And if only Deutsch had used his book as an analogy rather than the weird example of a puppy in a rubbish sack then he would have needed to address this 'threat to theory'.

Of course, one answer to my conundrum is that anyone could destroy a good explanation before it became a meme. We might wonder, for example, how many good explanations were wiped out by the Nazi holocaust before they could be published.

I would welcome any comments that can help me to clear up this matter in my mind - by way of the comments section on this blog would be most appreciated.

Posted by Dysology at 03:14 No comments: