An opportunity cannot exist for you unless you personally perceive it as the coming together of a set of fortunate or otherwise potentially beneficial circumstances/events upon which you can choose to act. So the entire definition of a personal opportunity is based on the premise that benefits and a person's (or animal's/plant's) capabilities to secure them are in some way perceived by them. And perceived opportunities are always subject to expected or unexpected beneficial or detrimental contingencies. Where crime is concerned, a potential offender can have a pre-crime accident, get injured or otherwise thwarted during a criminal attempt. The capabilities of any guardian can never be fixed (known) in advance of a crime happening. Even the little piggy in the house made of sticks might have leapt out of his demolished house at the very last minute and poked the wolf in the eye with a broken twig. Check out the hundreds of newspaper stories of have-a-go heroes if you doubt this. 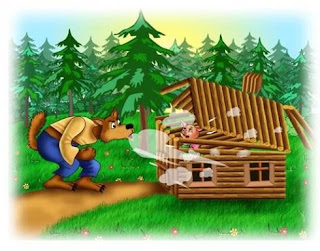 And the wolf coming down the chimney in the house made of bricks could have spotted the boiling turpentine and braced his legs above it, bounded over it and ate the piggy. The piggies guardianship capabilities and the wolf's capabilities can never be known (fixed) in advance as the RAT model would have it. They do not exist in a fixed position, like a mountain or a home, until the crime is completed (including the crime of criminal attempt). Criminal opportunities cannot exist unless perceived and are contingent on both the expected and unexpected. 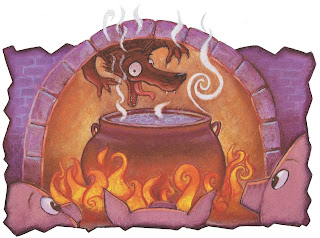 Felson's paradigm of crime opportunity is a mere description of the data of a successfully completed crime or completed attempt. Descriptions can not explain themselves. For that, we need a testable hypothesis that is either right or wrong. Felson's theory s a mere truism masquerading as causality.

Just as even the most elegant description of a fossilized dinosaur found in the geological strata cannot explain why it is there, neither can Felson's RAT model of opportunity explain successful crimes, failed criminal attempts and prevented crimes. 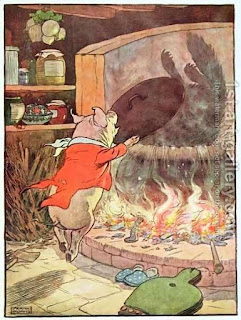 To explain dinosaurs we have Patrick Matthew's theory of macro organic evolution by natural selection (the one Darwin plagiarized). To explain crimes in terms of opportunities, we need a similarly potentially refutable and - if refuted - hard to vary theory. Felson's theorem is not refutable because it's a mere truism in the form of a mere description. In terms of the potential of natural selection to be refuted, we need to find only one case of (for example) a human in the strata below a dinosaur. It's bold ability to be so easily refuted is what makes it such a powerful theory and good explanation.

A barrier to more effective crime reduction knowledge progression has been thrown up by two criminology theories/approaches: Situational Crime Prevention (SCP) and Routine Activities Theory (RAT). The problem is caused by the policy-oriented popularity of SCP and RAT that is likely due in no small part to their simplistic and easily comprehendible, compelling, yet ultimately illogical weird focus upon describing the data of crime in ever more complex ways so that simple truisms about the scenes of successfully completed crimes and failed attempts (crimes of attempting to commit a crime) are placed in the spotlight and presented as a root cause of crime. Felson's simplistic notion of opportunity is, in fact,merely the very data that a true testable theory of causation could explain.

Click here to read my online article that explains why.

My explanation for why the RAT notion of opportunity (Ratortunity) is a mere truism masquerading as causality is published in a peer-reviewed essay (here).