Coincidence: Or not, as the case may be

What do I, the Dutch Prime Minister @markrutte. and Charles Darwin have in common (or not as the case may be)? https://t.co/7fiuVrZF8y pic.twitter.com/TeePfoYrR0

Posted by Dysology at 03:45 No comments:

Email ThisBlogThis!Share to TwitterShare to FacebookShare to Pinterest
Labels: coincidence

Sent from a topographic ocean of demented and delusional harassment

Posted by Dysology at 01:31 No comments:

Hell has a Place for Science Fraudsters: Cheat and be Damned for Eternity on the Internet 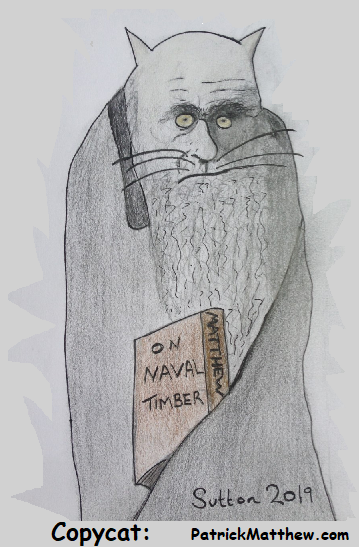 Don't be a Darwin

Don't plagiarise the original ideas/discoveries of others! You will be detected with #BigData technology.

They never had it 160 years ago. But in the C21st it finally caught #CharlesDarwin in #ScienceFraud by plagiary & lies. Today, it can catch anyone: https://t.co/CLKiPRJoQT pic.twitter.com/oTC8TTsDOU
— Dr Mike Sutton (@Criminotweet) March 16, 2019

Posted by Dysology at 10:58 No comments:

For 160 years, pseudo scholars and ignorant creationist have lampooned Charles Darwin as a monkey or ape. They got that wrong. They should have been lampooning him as a copycat.

Darwin is the world's greatest plagiarising science fraudster by glory theft of a prior published theory. A theory that his friends, influencers and influencer's influencers read and are newly discovered to have cited in the literature before he or Wallace wrote a word on the topic anywhere (see Nullius).

For 160 years Darwin has been lampooned by creationists as an ape or monkey. What scholars should have been doing is lampooning him as a cat, a #CopyCat.

Posted by Dysology at 05:01 No comments: