Archive Dysology for History Before its Perpetrators Delete it: The case of Donald Trump and his Lethal Vaccination Worrying

For future studies on the topic see the original and (in case they are ever deleted) the archived collection of President Donald Trump's anti vax nonsense on Twitter. In the event archive.is ever closes I also screen shot them for posterity. 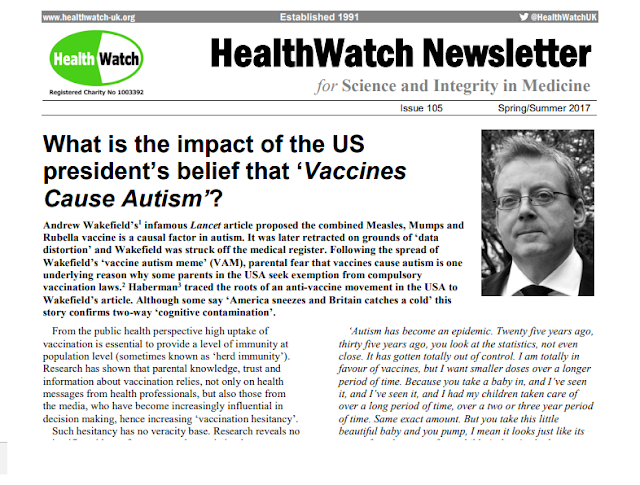 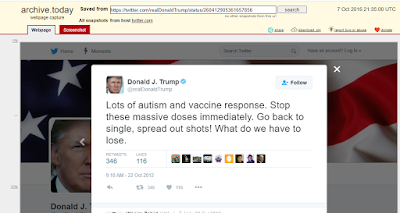 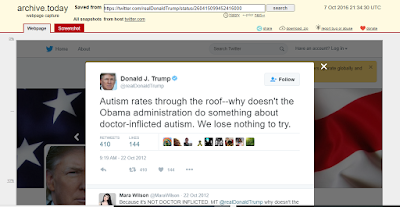 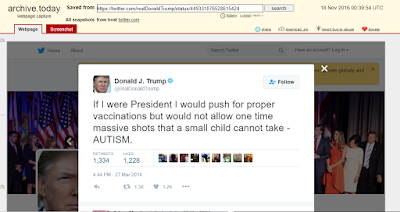 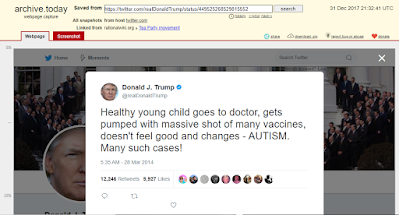 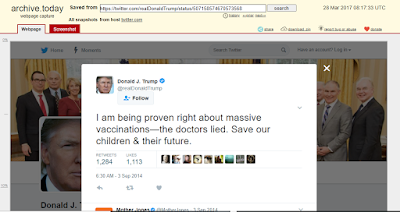 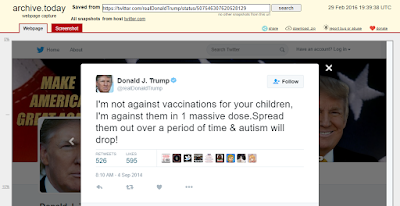 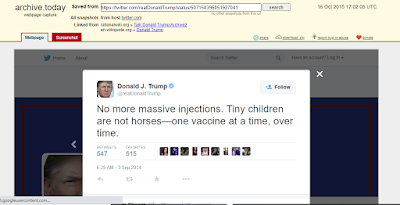 Scholars of dysology could do worse than start mining and archiving anti-vaxx tweets from Dr Andrew Wakefield's Twitter account before it is deleted. It's here at the moment:
https://twitter.com/DrWakefield
.

Archive Dysology for History before its perpetrators delete it: The case of Donald Trump and his lethal vaccination worrying. Trump's deadly Twitter account is suspended (hopefully forever). But his lethal lunatic antivaxxer tweets are archived forever.https://t.co/Slff4nvIpg pic.twitter.com/kzYVLP5Iob

Twitter deleted Trump's account. That's why it's essential we archive social media so future generations can learn mistakes of history & other things about what happened this century.

I use this to save interesting Data from Twitter and elsewhere. Perhaps thousands of years from now Twitter abusers will still be making people laugh by just how much disturbing new facts upset them to rant and rave and publish obscene abuse : https://t.co/BKYCq88xcX