The Video of Trump that Twitter Blocked 6th January 2021

Twitter removed the above video at around 1am (GMT) on 7th January 2021. See below 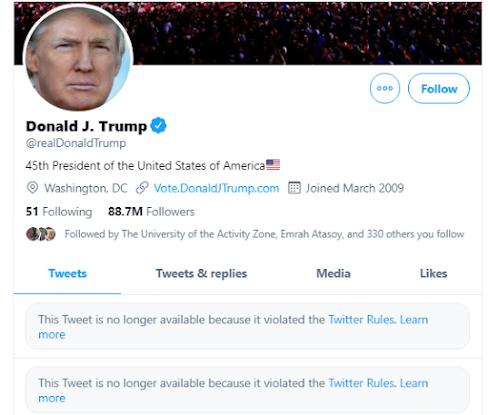 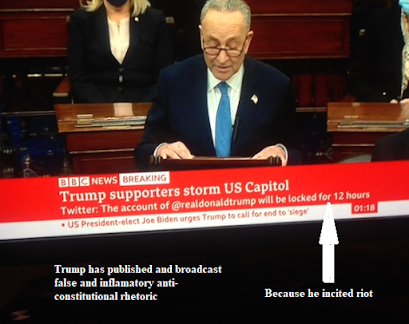 On #Trump the sociopath. This total idiot still controls the nuclear bomb and missile codes in the USA pic.twitter.com/jKwSEE5vid

Is evil a tangible measurable thing or is it just a social construct? https://t.co/r5q6qds2bO pic.twitter.com/8dzjiKXY4X

Archive Dysology for History before its perpetrators delete it: The case of Donald Trump and his lethal vaccination worrying. Trump's deadly Twitter account is suspended (hopefully forever). But his lethal lunatic antivaxxer tweets are archived forever.https://t.co/Slff4nvIpg pic.twitter.com/kzYVLP5Iob

Twitter deleted Trump's account. That's why it's essential we archive social media so future generations can learn mistakes of history & other things about what happened this century.